In a raster scan, the electron beam is swept across the screen, one row at a time from top to bottom. It basically employs a Cathode Ray Tube (CRT monitor) on Liquid Crystal Display (LCD) panel for display. The viewing surface of CRT is coated with a layered of arranged phosphor dots. At the back of the CRT, a set of electron gun (Cathode) exists which produced controlled streams of electrons. The phosphor dot glows when struck by high energy electrons. 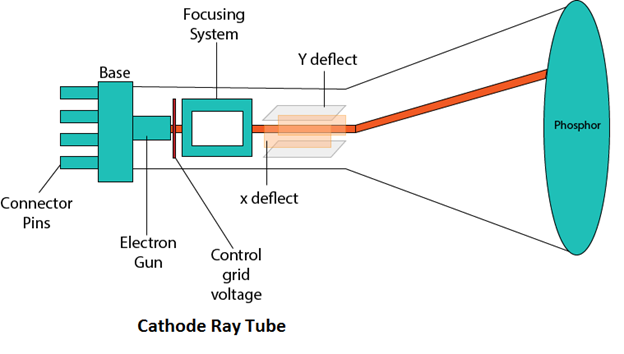 To produce a picture on screen, these discrete electron beams start at the top of the screen and scan rapidly from left to right along the row of the phosphor dots. At the end of the line, it moves to the left most dos of the next line. Thus it covers the entire screen and start scanning again. After completing each line, when move to the next line is called horizontal retrace. Scanning each line when the beans reaches at the right bottom corner, it moves to starting point to scan the screen again and again. When it moves to the first line, it is called vertical retrace the electron emission is stopped. Electron guns are controlled by the video card attachment in the circuit.

Horizontal and vertical retrace below 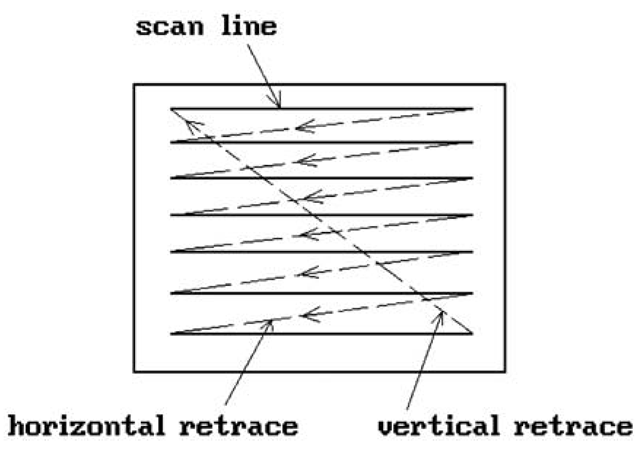